Jacques Beauchamp, my 7th great uncle had passed away on the 8th of February, 1693. In her book, “Habitants and Merchants in Seventeenth Century Montreal”, Louise Dechêne describes the inventory of his clothing; “Beauchamps’ wardrobe consisted of the basics: a coat, a jerken, and because nothing was ever thrown out, a second wornout and worthless jerkin, a pair of hide hose, woollen breeches, a hat , a pair of shoes, stockings, four used shirts, and two nightcaps, worth altogether no more than 40 to 50 livres.” In the notarial record below we see an transaction between Marie Dardenne, Jacques’ widow, and her sons-in-law right after an inventory has been taken. (Line 2364). 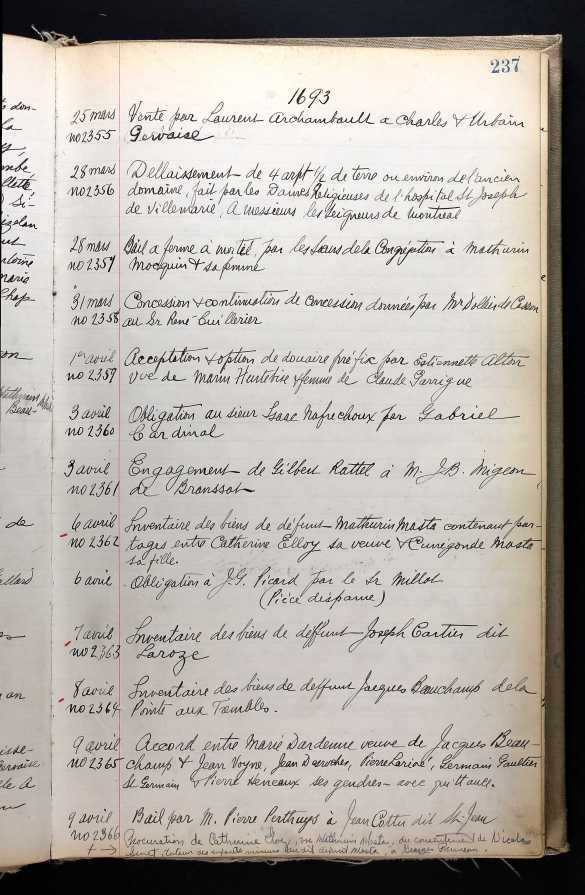 Jacques died the same year as Lambert Closse famed Indian fighter who disappeared in the bush. Sadly he missed the land grants in Pointe Aux Trembles. 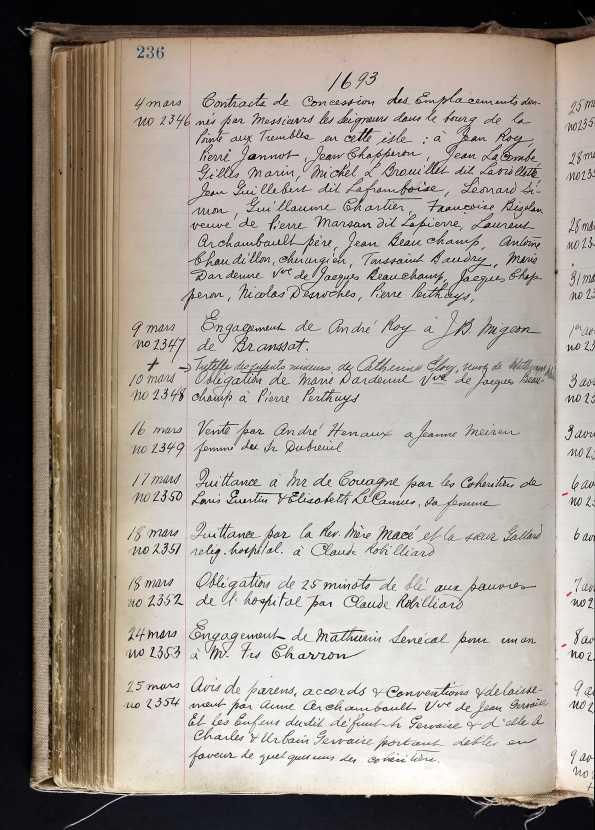 The oldest brother Pierre died the following year apparently on February 8, 1693. I sometimes wonder if he even existed, there is little to no information on him. Then on May 4, 1700, Jean, my 7th great grandfather died.  He, like most of Montreal’s inhabitants, had lived largely in debt, borrowing money whenever he could to buy more land. In 1666, shortly after his arrival in Montreal, he had married Jeanne Loisel, whose parents were among the earlier settlers. First, a contract had to be signed. 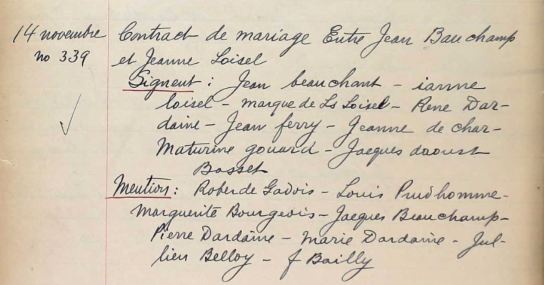 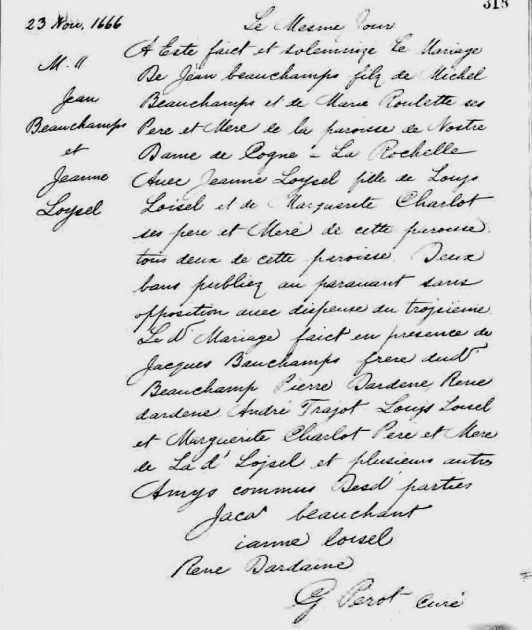 They had a family. 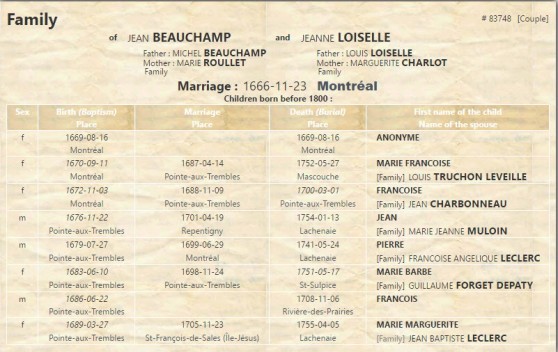 At the time of his death he had accumulated some land which was always a priority for future generations of the family. In Quebec, property was not inherited by the oldest son but was divided equally among all the children, a custom brought from France. Jean had been granted land on Rue St. Jean and Rue St. Francois in Pointe Aux Trembles. A year after he died, The Great Peace of Montreal was established with the Iroquois. Below, his death record. 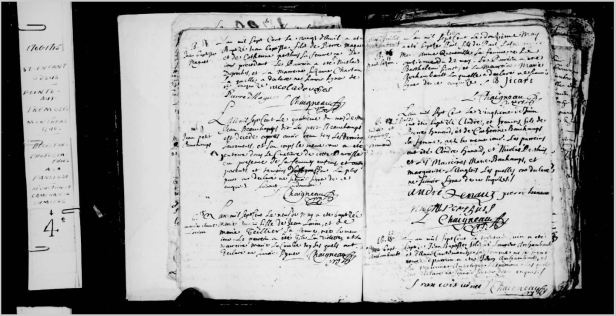 Jacques “Le Grand” Beauchamp and Jean “Le Petit” Beauchamp are considered to be among the founding families of not just Montreal but Canada itself. They suffered privation and constant threat but helped to build this land with courage and enterprise. Their descendants number in the thousands. Both are buried in the Cimetiere St. Enfant Jesus in Point Aux Trembles, Quebec.