We get a better picture of what our ancestors were like if we can place them in the context of their times.  The Metis people were primarily descendants of the French fur traders. The French fur traders were from Quebec, often listed as “Canada” but their families may have been there for only a few hundred years if that. The Quebecois were primarily of Norman origin and are famous for retaining the culture of their ancestors. That became a little harder to do when you came west. The country was a creation of vastness, sweeps of prairie grass as far as the eye could see, raging rivers roaring out of the mountains only to trickle down to a creek, crippling cold….

There were people who could not deal with the isolation and hardship. Few could make the return trip home. Many came to escape oppression or poverty and many died in the attempt, especially women and children, for the promise of freedom.

You may have grown up with immigrant grandparents who retained a heavy British accent which left you with a “twang” often mistaken for a Texas accent. That is a problem I had into my 30’s.  You may have strange and wonderful memories of relatives you never did get to know,  like the man with black braids and buckskin I saw mending the roof of my Metis grandmother’s house.

Again, the Marie Anne Lagimonier above was Louis Riel Jr’s cousin as his mother was Julie Lagimoniere.

I think it is important to note that the Metis people were a distinct society, separate from the French and First Nations. Many people ask about the native people in your family but that track could have been very long ago at the start of the fur trade.  Only a few generations passed before mixed blood began to dominate and the fur traders actually married Metis women. The marriages began to be between Metis people themselves, although culturally, the buffalo hunt kept native tradition alive. Also, you may have been from a line where the father was a Scot and generally would have been termed a half-breed.

What were some of the cultural symbols of Metis society? 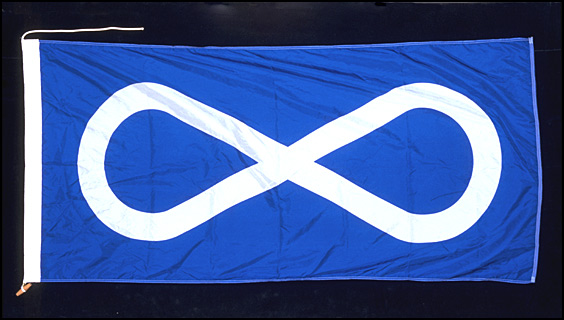 An infinity symbol representing the future of the Metis people.  It was changed to red for the hunt.

Built as a reliable means of transportation over rough ground and known for the high squeal of it’s wheels. It was an all wood construction. Trains would go out on the buffalo hunts to carry back hundreds of pounds of buffalo meat.

Worn over the left shoulder by women and around the waist (usually to hold a capote closed) by men.  The capote commonly made from a HBC blanket. 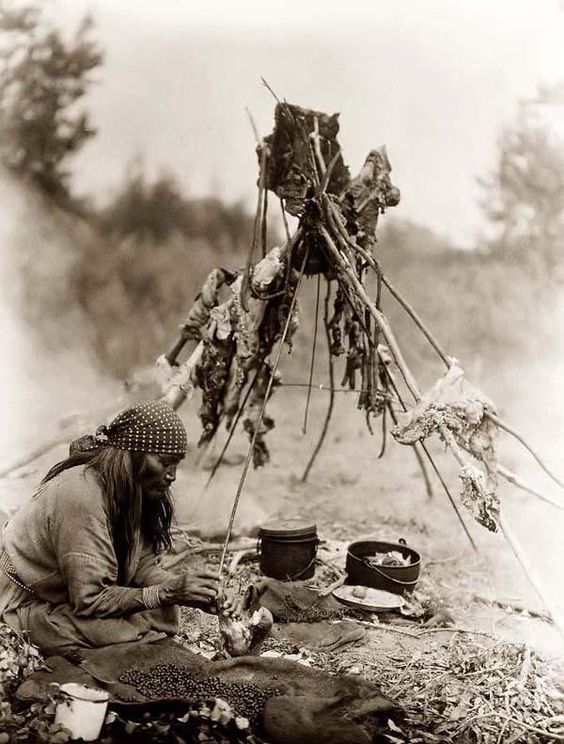 Dried buffalo meat mixed with berries which was a survival food for the native people, passed to the Metis who gained a livelihood from it. It became their main commerce for canoes travelling between forts. Later, the Selkirk settlers would also rely on it to survive. After the buffalo hunt, the women did all the work, skinning, tanning and curing meat.

Here is a sample of  the music and dance of the Metis people from a town close to where my mother grew up Dauphin, Manitoba, Four Nations Square Dancers.

2 thoughts on “The Spirit of Resistance 3”